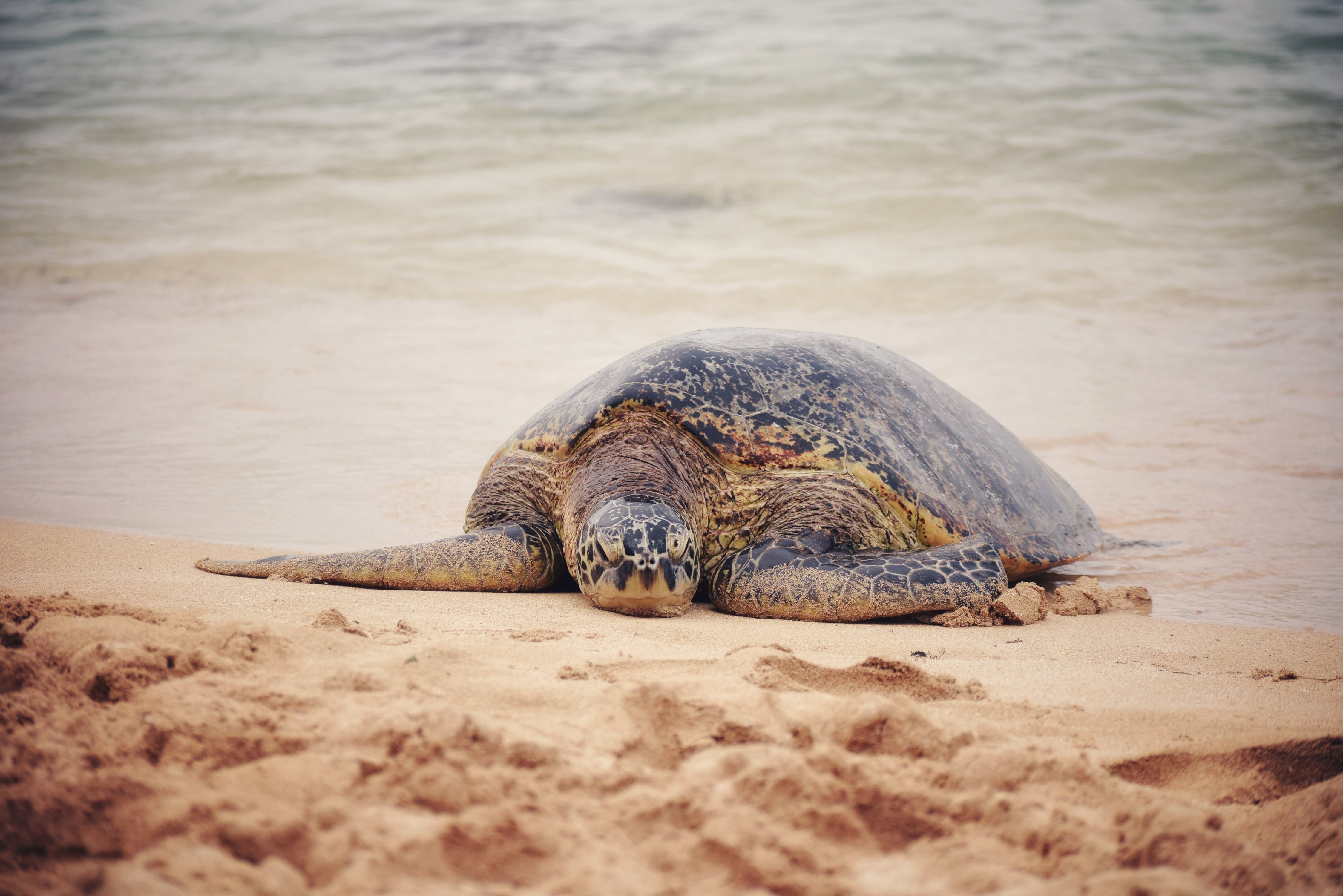 Kauna’oa Bay (also known as Kauna’oa Beach) is a beautiful beach located on the west side of Hawaii’s Big Island along the Kohala Coast. Its pristine white sand beaches and lush palm trees make this tropical locale an idyllic destination for tourists and locals alike. Noted as one of the more secluded beaches on the big island, it is the perfect place for people to relax and sunbathe without feeling overcrowded. Another popular beach on the island is the nearby Hapuna Beach which also boasts the soft white sands but is far more packed with beachgoers.

The calm waters of Kauna’oa Beach beckon snorkelers to the coral reefs on the south side of the beach where sea turtles are frequently spotted amongst the tropical fish native to the islands. This is also the best area for swimming as its surf is mellow and safe for even the less experienced swimmers. During the winter months, however, the strength of the waves during the incoming tide can make it more treacherous to be in the water.

There are plenty of activities to keep you busy while visiting Kauna’oa. Boat tours are available for whale watching, a popular excursion during whale season from the months of November through April. The humpback whales spend their winters around the Hawaiian Islands and they can often be seen performing their playful acrobatics in the warm waters. A tour boat isn’t the only way to view these majestic sea mammals though. Whales can be spotted from the beach as they breach the waters. During the quieter hours of the early mornings or evenings, it is also possible to hear the male whales as they sing their mating song. If you’re visiting the Big Island during the later months of whale season, you can view them from the shore as they begin their migration north back to the cooler waters of Alaska.

Swimming with the dolphins is another popular activity on the Big Island. Though boat tours are available to take you out for a swim with these beautiful mammals in the wild, it is often viewed as invasive to their natural habitat. There are local places that offer the more humane alternative of swimming with trained dolphins in captivity.

If swimming with sea creatures is on your bucket list, try a night snorkeling or night scuba diving tour which allow you to swim alongside manta rays during feeding time. These harmless rays are native to the Hawaiian waters and are lured to their feeding zones by the bright lights of local hotels or tour boats. The lights make plankton more visible and divers and snorkelers get a front row seat as the manta rays gracefully glide by while taking in their late-night meal.

The Parker Ranch in nearby Waimea also hosts self-guided tours of their two historic homes which highlight the story of the 19th century ranch and its origins. Touted as one of the oldest ranches in American history, it was built a good thirty years or more before the cattle ranching boom of Texas and the Southwest. Covering approximately 130,000 acres, it is touted as one of the largest ranches in the world and still operates as a working cattle ranch today.

Places to Stay on Kauna’oa Bay

Kauna’oa Bay is home to the Mauna Kea Beach Hotel, a luxury resort with ocean view rooms and suites that boast large furnished lanais which are perfect for taking in Hawaiian sunsets. Several restaurant options are available, including buffets, casual al fresco-style dining, an exhibition kitchen, and authentic island cuisine. Live native music can often be heard in the background, a pleasant addition to an already serene ambiance. The Mauna Kea Luau is another dining choice which offers a traditional Hawaiian feast against the backdrop of cultural music, hula and fire dancing.

The Mauna Kea Resort is also known for their championship golf course, whose fairways roll gently along the beachside with stunning views of the Kohala Coast.

Though the Kauna’oa bay is a public beach, parking is limited to a small section of the beach hotel’s guest lot. Only 40 public parking spaces are allotted for non-resort visitors and they fill up fast. The earlier in the morning you arrive, the better your chances of securing a coveted parking space.

Traveling from Kona, take Highway 19 north and make a left at Mile Marker 68. Follow signs for the resort and it will lead you to the area open for public access.