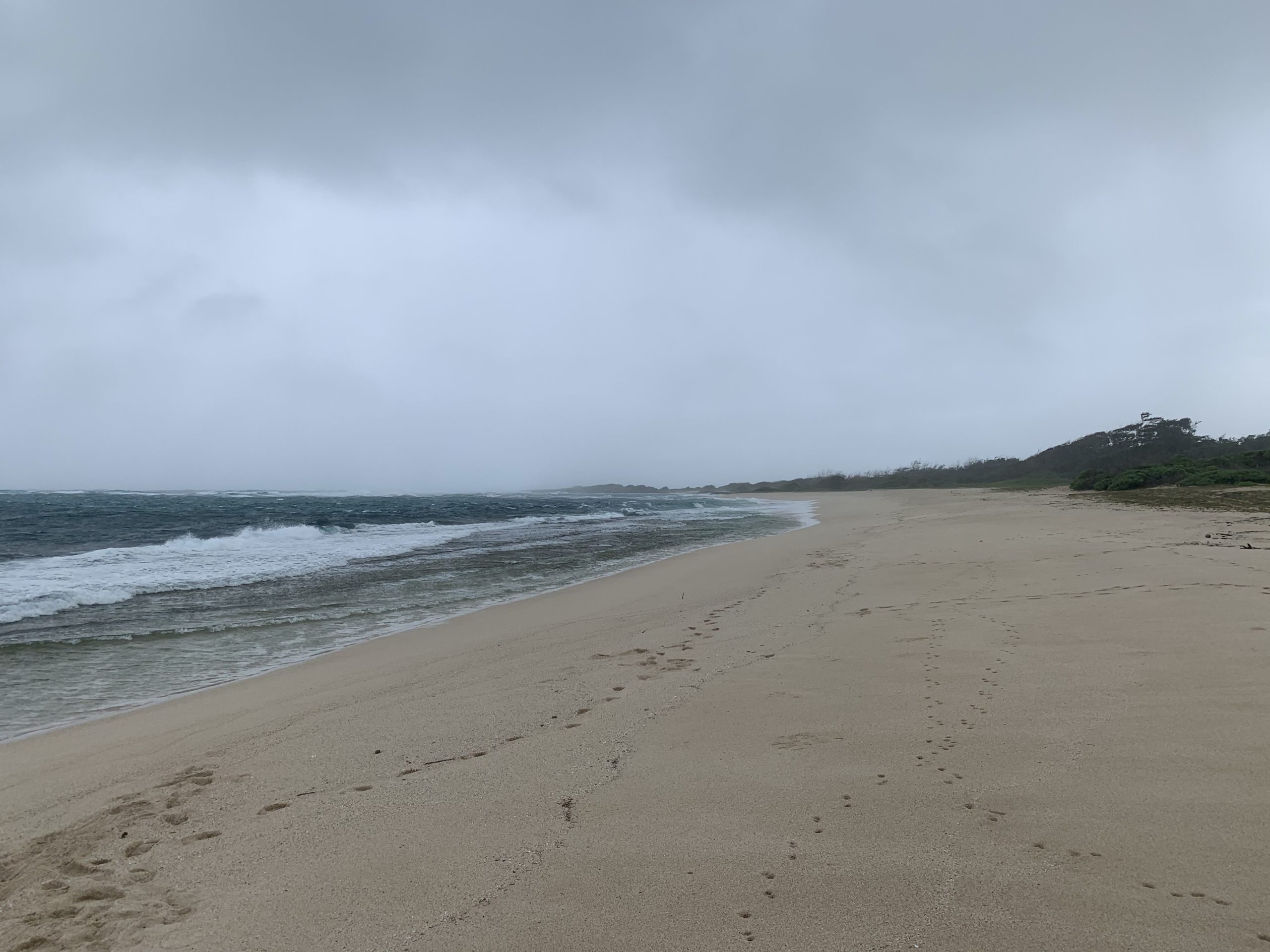 Where Is Kahuku Beach?

Kahuku Beach is located in Kahuku, Oahu. It on the north shore of the Hawaiian islands it’s right between Laie and Turtle Bay. Kahuku actually means projection in Hawaiian, which is a great description since the beach projects majestic and beautiful sand and water! For the most part, the people who live in the city around the beach are fisherman and they fish a ways off the shore.

What To Do In Kahuku Beach

If you’re wondering what you can do why you visit Kahuku Beach, then you’re in luck as there are quite a few things you can do. As stated before, you can enjoy the sun or take a relaxing walk down the beach. You could also go to the south side of the island to the Rice Bowl or the north side to the Seventh Hole to get in some surfing. Both of these areas have some pretty great waves. You could also decide to go fishing or do a bit of boogie boarding! You might even get lucky and see some sea turtles, dolphins or whales! Keep in mind, Kahuku Beach has a high limestone shelf and a very rocky bottom, so it’s not that great for swimming. There are also plenty of things to do off the beach. For starters, right behind it is a 9 hole golf course where you can get in some nice swings. You could also take a tour to see the different areas that were used in films. You might even recognize some of the spots from your favorite movies! If those don’t sound like your cup of tea, you can look at the site map by the beach to see what else you could have fun doing!

Why Is Kahuku Beach Popular?

The biggest reason why Kahuku Beach is so popular is because it has beautiful golden sand and crystal clear water. It’s also pretty private and doesn’t usually have too many visitors. Many people love walking the beach since it’s very long and wide! One thing to keep in mind is that there isn’t much shade, so you want to make sure you bring sunscreen and an umbrella to get out of the sun! One other reason why it’s so popular is because the beach itself and the surrounding cities are areas that get a lot of filming. There have been quite a few films that have been shot there!

Unfortunately, the only spot where you can park to actually get to the beach is at the golf resort. Once you park, you’ll have to walk over the actual course in order to get there. The good thing is that it’s free to the public and you don’t have to actually be playing golf or a member of the club. While it might seem like an inconvenience, this parking arrangement is actually one of the reasons why it’s such a private area. Many people don’t want to have to do all that walking and they won’t go since there isn’t closer parking.

How To Get To Kahuku Beach

For the most part, people are going to take a shuttle or bus to a station that’s around the golf club and beach. There are a few that are pretty close, so you’ll be picked up from the station closest to your hotel, then dropped off at the closest station to the golf club of your choosing. The great thing is that most of the stations are about a 5-6 minute walk from the golf club. One thing to keep in mind is that the buses do run on a schedule, so make sure you know the times so you don’t miss your ride!

The great thing is that there are a few hotels that are extremely close to the beach. While they aren’t on the beach itself, some are so close that it really feels like they are. Most of these are within 15-20 minutes of the beach, so you won’t have to worry about spending all day trying to get to your destination. Another great thing about the proximity of these hotels is that you can usually use something like a shuttle or ride sharing to get to the golf club. You can get dropped off, walk across the greens to the beach, enjoy your day then get picked up and taken back to your hotel! This is especially great for those that are visiting and don’t really have access to their own vehicles.