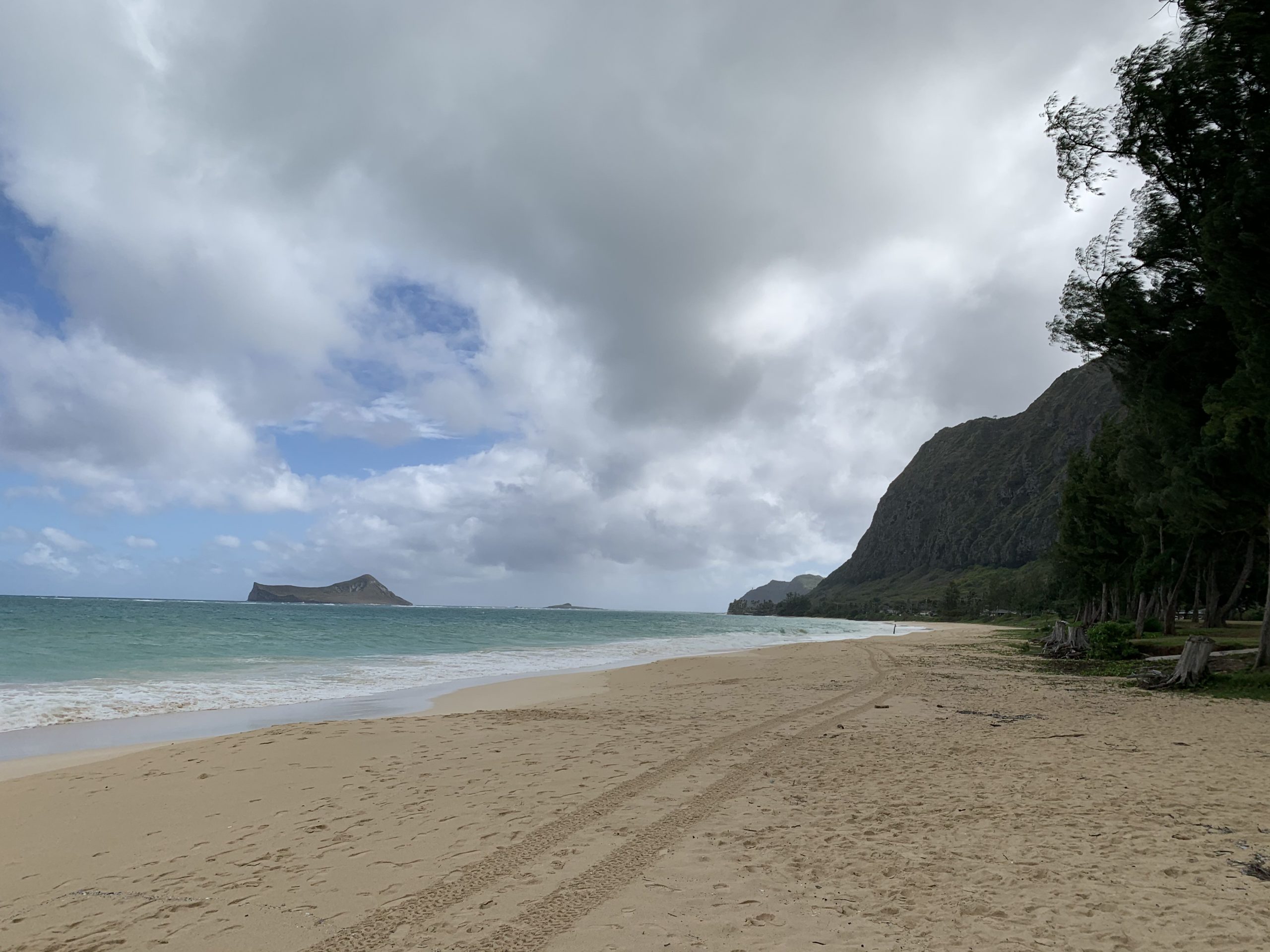 Paraphrasing from a couple of reviews in Trip Advisor, “the sand is soft, the water is blue, the surrounding mountains green, parking is easy, and an Oahu beach that was not crowded, even on the weekends.” What’s not to love? If you are looking for one perfect beach in Hawaii, and choose not to travel for hours to get there, you can’t do much better than Waimanalo Beach.

Where is Waimanalo Beach?

Unlike many Hawaiian Beaches that are full of treacherous lave rocks, and are far from even the basics, (think port-a-potties a go-go) or beaches primarily dominated by monstrous, hotels and resorts, Waimanalo Beach is the largest, continuous, uninterrupted beach in Oahu. Many TV shows, Magnum PI for one, have shot there, and this beach, about 45 minutes drive from Waikiki Beach, on the windward side of Waimanalois surrounding by two state parks, Waimanalo Beach Park and Waimanalo Bay State Recreation Area.

Why Is Waimanalo Beach Popular?

Waimanalo Beach is the longest, most unspoiled beach in Oahua, and has unbelievable views, easy access, restroom, showers, camping and lifeguards, and yet is close to the city.

reservation, parking in Waimanalo Beach is relatively easy compared to many Hawaiian beaches. Besides State Parking lots, many people park their cars near the access points of Aloiloi Street or Nakini Street. In addition, there is a large beach parking lot near the Air Force Base.

What To Do In Waimanalo Beach?

First of all, unlike some Hawaiian beaches that are filled with coarse shells, the sand beach at Waimanalo is powdery and soft white, and that makes all the difference. If you’ve never stepped on a powdery, white sand beach, you’re in for a treat.

In addition, the inviting blue water is fantastic for boogie boarding, providing the surf isn’t unusually rough that day, and the gentle trade winds keep the beach from getting scorching hot.

The beach actually has two main entrances, both from the nearby parks.

Both have showers, picnic tables, restrooms and lifeguard towers.

If you are looking for shade, there is plenty provided by the surrounding Ironwood Forest. Also, the beach is nearly 3 miles long and owning to State ownership, there isn’t a single hotel or condo plopped down on the beach t0 spoil the view.

Nearby the town of Waimanalo is another, even more remote beach, next to Bellows Air Base, appropriately named Bellows Beach. It has a large camping area, great surfing, and fishing, although it can get very windy and the surf beyond the break can get

The fantastic sand, the picturesque, “I need to close and open up my eyes a few times

to believe the glorious scenery is actually real,” the fact that on weekdays in particular, the beach is relatively uncrowded, and the fact that city facilities, restaurants, and shopping are only a short distance away, makes this beach an ideal location if you are staying strickly on the Island of Oahu.

Besides the sun tanning, boogie-boarding and overall chill relaxation, there is the Waimanalo Golf Course where, if you are lucky, you might run into former President Barak Obama, who frequently golfs there, the Sea Life Park, a world-class nearby sea aquarium, Frankies nursery which features out-of this world fruit, including fantastic, baseball-sized pineapples. the Makapu’u Point Tide Pools, tandem paragliding tours, helicopter tours and more.

Within 10 miles from Waimanalo Beach, are dozens of 3-star, 4-star and 5-star resorts,

There are also numerous private condo rentals available. But as this is Hawaii, plan on booking well in advance.

How to Get There

Take Highway 61 for around 25 miles from Honolulu till you get to Route 72, also known as Kalanianaole Highway. Turn right from Highway 61 and look for the entrances to either Waimanalo Park or Waimanalo State Recreation Area around 4 miles to your left side.